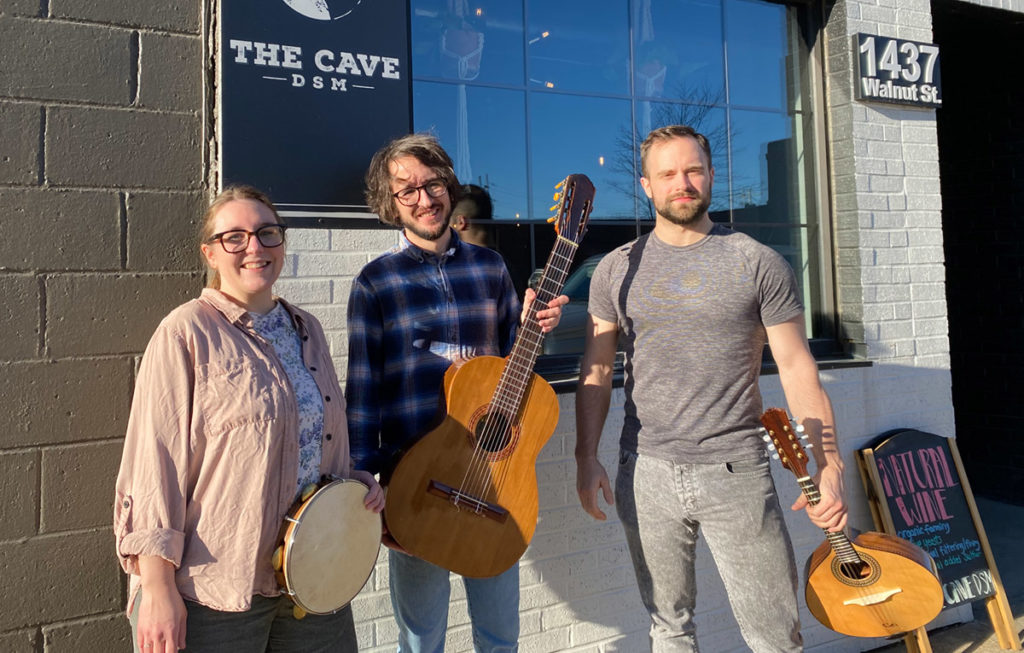 Choro Moingona is an instrumental band from Des Moines that plays a Brazilian style of music called choro (or chorinho). Choro, a virtuosic predecessor to samba, arose in Rio de Janeiro during the late-19th century. The cosmopolitan atmosphere and multicultural explosion, rivaling that of New Orleans at the time, gave birth to a music that blended the intricate syncopation of African polyrhythm with the serpentine melodic language of European classical tradition.